Remote and hybrid working models remained strong after the worst of the pandemic waves had died down, and the continued rise in the share of freelance workers is further fueling demand for new services, amenities and technological solutions. The U.S. economy is also slowly regaining traction after two straight quarters of economic contraction in 2022, and the coworking office market has seen a particularly active year. Operators continued to innovate in an effort to keep up with the rapidly changing landscape of the up-and-coming market segment – even with employers requiring increased office presence, many coworking companies continue to announce new locations set to open in 2023.

The new year being just around the corner, it’s a good time to freeze a moment in the fervently active coworking market and rank the top players.

Present with no less than 832 coworking locations on the U.S. market, Regus’ national portfolio is more than three times the size of runner-up WeWork’s American inventory.

Regus is an authority in the coworking segment in other aspects too. Not only is it the largest operator in the U.S., but also in the world, with approximately 3,000 locations across the globe, and it’s also the first flexible space provider operating at global scale, dating back to the late eighties – a head start measurable in decades compared to most of their current competitors. Furthermore, parent company IWG controls almost one fifth of the U.S. market under the Spaces and HQ monikers alongside Regus.

In terms of geographical distribution, Regus is most active in the Northeast, with more than 100 coworking locations only in New York City and the wider Tri-State area. Despite the brand’s extensive nationwide presence, surprisingly there are no Regus flex offices in the Bay Area, and the entire Pacific Northwest also remains uncovered for now.

Although Regus’ overwhelming dominance would be difficult to match, WeWork still has a massive footprint with 246 U.S. locations, part of a 700-strong global portfolio. However, the company recently announced dropping a significant share of their U.S. locations – WeWork is terminating 40 leases as part of a consolidation strategy, most of them by year-end.

Regarding their core markets, WeWork shows a similar market penetration pattern to Regus, with a primary focus on New York with a cluster of close to 70 locations in Manhattan alone, and 27 coworking spaces scattered across Southern California. Unlike Regus, however, WeWork shows a more even coverage on the West Coast with a strong presence in the Bay Area – 22 locations in Downtown San Francisco, Oakland, and the Silicon Valley – as well as eight active spaces in Seattle and Bellevue.

More than half of their U.S. offices are located along the East Coast – preponderantly in the Northeast markets with 50 locations distributed among New York, Washington, D.C. and Boston, 12 in the major hubs of Florida, and nine in Atlanta alone.

There are currently 466 coworking locations operating under the Spaces flag in more than 50 countries in Europe, Africa, the Americas, Asia, and the Pacific. The U.S. portfolio of Spaces currently comprises 117 coworking offices, earning the brand 4th place in the national ranking by location count.

Positioned as a direct competitor to WeWork, it’s not surprising that Spaces focuses on roughly the same markets. Spaces keeps up with its main challenger in their secondary target markets, in some cases even slightly outnumbering its rival’s location count, for example in the Carolinas. The bulk of Spaces’ leverage is in Southern California and the Bay Area with a total of 29 spaces, followed by Texas with 15 spaces and New York City with 10 Spaces-branded locations.

Formerly known as Premier Business Centers, Premier Workspaces operates 87 U.S. locations at the end of its 20th year in the business. Continuing with their growth strategy of repositioning and managing distressed locations even during the pandemic, Premier added five new managed shared office spaces in 2020. Additionally, in Spring 2021, the company announced an ambitious long-term plan backed by investment from real estate holding company The Bascom Group, LLC to take over 100 such locations.

The core of Premier Workspaces’ presence is in Southern California, with the mass of their coworking spaces located in the L.A. Metropolitan Area. However, their portfolio does include areas on the East Coast, the Midwestern U.S, and in other parts of the West.

Coming up on a 20-year anniversary in 2023, and with a decade-long background as a franchise business, Office Evolution closes the year with an impressive 81 active coworking locations, making it the second-largest coworking provider that activates exclusively in the U.S. market.

In terms of geographical distribution, Office Evolution is present in just about all the most important business hubs across the nation, with a special focus on the major office markets in the states of Colorado, California, New Jersey, Florida and Texas. These five states host almost half of their portfolio, with an accentuated presence of 13 locations in their home state of Colorado.

Owned by Boxer Property Management, Texas-based Workstyle Flexible Spaces takes 7th place on our list with 67 active locations nationwide at year-end. As with Premier Workspaces and Office Evolution, Workstyle Flexible Spaces is only present in the U.S. However, unlike those two operators, the geographical distribution of Workstyle’s portfolio suggests a more targeted strategy.

A whopping 41 of their shared offices – two out of three Workstyle coworking spaces – are located in Texas, 27 of them in their hometown, Houston. By comparison, their second-largest market outside the Lone Star State is Atlanta with a mere six locations.

The third IWG-owned brand on our list, HQ Global Workplaces crosses into the new year with 60 locations, accounting for just shy of 6% of the coworking giant’s U.S portfolio. Put this way it doesn’t sound like a lot, but it’s still enough to secure HQ a respectable spot in the top 10. Furthermore, HQ is preparing to launch at least 19 new U.S. locations over the next few quarters, setting them up for an expansion of more than 30% in 2023.

If it weren’t for the 10 locations in California, much of the West would be all but uncovered – HQ has somewhat of a hotspot in Texas, with 17 locations, but their remaining offices are mostly scattered across the East Coast. Perhaps even more surprisingly, there are no HQ-branded offices in New York at this time.

Franchise-owned flexible space company Intelligent Office is the longest-standing domestic operator on our list with a heritage reaching back almost three decades. Intelligent Office made the top 10 this year with 45 coworking locations across major U.S. markets.

Virginia and their home state of Colorado are the most obvious expansion markets in Intelligent Office’s portfolio, with five locations in each state. However, they tend to prefer wide coverage rather than a significant local presence, with Denver, CO, Las Vegas, NV, and El Paso, TX being the only cities where they operate two coworking spaces.

Formerly known as Novel Coworking, Expansive is differentiated from other well-known coworking brands by their business model – they own the buildings they develop and operate. With just two spaces less than Intelligent Office’s location count the Chicago-based owner-operator rounds out the top 10 list with 43 shared spaces nationwide

Chicago and Metro Phoenix are Expansive’s only markets with a strong focus, otherwise they typically only have one property per city. This allows for quite a uniform national coverage, Midwestern and East Coast markets getting most of their attention. Notably, Expansive only has a symbolic presence on the West Coast, and they have yet to enter hot coworking markets like New York, L.A. and Atlanta.

Check out the complete list of coworking operators with 25 or more U.S. locations:

The businesses on this list are expanding at an impressive rate fueled partially by the paradigm shift brought about by the pandemic, but also thanks to a variety of business models, from franchising to more specialized, boutique services.

The next chapters of coworking will be written in large part by these businesses and their influence on the sector, from the trends they set to the profits they make.

• To compile this report, CoworkingCafe’s research team relied exclusively on data from sister division CommercialEdge.
• The property counts published in this study reflect the status recorded in late November 2022.
• CoworkingCafe analysts cross-checked the proprietary data with the number of publicly available listings on each operator’s own website.
• Future locations may be advertised on operator websites prior to opening, but are not accounted for in this report. Minor discrepancies are possible.
• Brands were treated as separate entities even if they are partially or wholly owned or managed by the same business.

Fair use and redistribution

We encourage you and freely grant you permission to reuse, host, or repost the images in this article. When doing so, we only ask that you kindly attribute the authors by linking to CoworkingCafe.com or this page, so that your readers can learn more about this project, the research behind it and its methodology.

Balazs Szekely is a qualified journalist with extensive experience as a real estate writer for several Yardi publications, covering a wide range of market studies and real estate news. You can connect with Balazs via email. 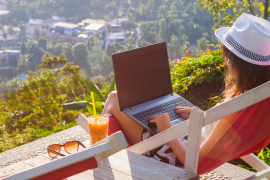 Survey: Digital Nomads Reveal What They Miss Most in Their Workspaces 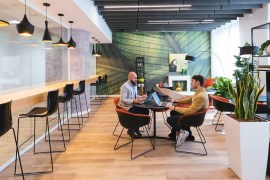 From Classic Office to Coworking Space: Here’s Why It’s Worth Taking the Leap 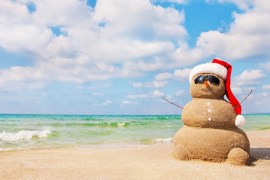 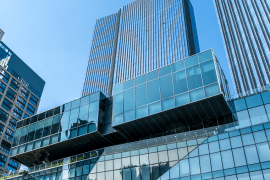 Live-Work-Play Developments Set to Reach Record Heights in 2023, with Coworking as the New Twist 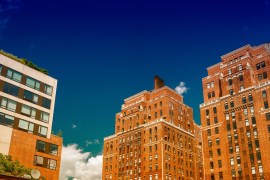